Cannabis plants contain hundreds of compounds and molecules, and they exist within the trichomes in varying concentrations. Even the smallest amount of a terpene will affect how a strain interacts with our endocannabinoid system. Terpineol usually tests at much lower concentrations than more dominant terpenes such as myrcene, β-caryophyllene, and pinene.

However, even at lower concentrations, terpineol still has many benefits to offer those who partake in medicinal and recreational cannabis. For commercial cultivators and cannabis manufacturers, understanding the whole plant is critical in producing products with deliberate effects and benefits.

α-Terpineol can be found almost everywhere. It’s biosynthesized by over 150 botanical species. These plants produce terpineol and its isomers for many reasons including:

As with many monoterpenes and hydrocarbons, the term “terpineol” can refer to one of four common isomers that share the same chemical formula, but with varying molecular configurations. The two most common versions are α-terpineol and 4-terpineol. The difference between the two is where their hydroxyl groups are located.

If the term “hydroxyl group” (-OH) sounds familiar, you may recall in our discussion about decarboxylating cannabis, we talked about carboxyl groups. It just so happens, the hydrogen and one of the oxygen atoms of that group (COOH) are bonded as a hydroxyl group (-OH). In the end, both the cannabinoids and terpenes are built from the same building blocks, so it makes sense to observe chemical parallels. We’re all made of stardust after all.

One of the most significant benefits of molecules containing a hydroxyl group, is that they are identified as alcohols. And alcohols are highly soluble in water. For example, one can draw similarities between carbohydrates and ethanol. Both contain hydroxyl groups and both dissolve in water with ease. In fact, your body will process the alcohol first because it is already easily absorbed into the bloodstream, whereas food must be broken down further before it can be used as energy.

The importance of this is to recognize that terpineol’s hydroxyl group designates it as a type of alcohol. As such, this terpene is considered a monoterpene alcohol.

This is becoming increasingly relevant to commercial cannabis manufactures and cannabis kitchens. Molecular gastronomy is a culinary field where chefs focus on the science of cooking. This includes how the molecular characteristics and changes in their ingredients profoundly impact a recipe’s flavor and aroma.

Terpenes and the Cannabis Kitchen

Whether you are a chef practicing molecular gastronomy to perfect your menu items, or a cannabis processor manufacturing extracts or ingredients comprised of varying concentrations of cannabinoids and terpenes — understanding the difference between ingredients that are alcohols, acids, or other molecular forms can impact how your final product will taste and be absorbed by your customers.

As we continue to understand the benefits that terpenes have to offer, a mastery of these compounds will be necessary to develop and design products that will increase your revenue and diversify your product offerings.

Where Can You Find Terpineol?

Terpineol is renowned for being produced by over 150 plants. Some of the most common include eucalyptus sap (resin), the blossoms of lime trees, bitter oranges, and lilac! Due to its floral fragrance, when the scent of this monoterpene can be isolated, it is frequently compared to lilac. This is because lilac is somewhat of a mascot for its relaxing, floral aroma.

Although often overshadowed by the terpenes and compounds accompanying terpineol, you’ve almost certainly consumed this terpene in a variety of dishes where it was added as a flavor enhancer. And if you’re a fan of fragrant soaps and cleansers, it’s likely been baked-in to many of your favorite, floral-scented products.

What Are the Benefits of Terpineol?

Much like terpinolene, terpineol is largely popular for its commercial applications. However, that’s not to say it doesn’t provide medicinal benefits as well. Toking, vaping, or ingesting cannabis strains containing terpineol can benefit from properties that include:

Commercially, terpineol is widely used as:

α-Terpineol has already earned a reputation for being an effective compound across a multitude of uses. And so it comes as no surprise that it enhances the effects of CBD, as well as bolsters the entourage effect of cannabis strains containing terpineol.

If you’re looking for a couple strains that showcase this lesser-known terpene, we’ve found a couple worth investigating. As terpenes tend to travel in packs, you’ll also find pinene and caryophyllene in most of these popular strains:

Although each strain above is unique, they all convey the benefits of terpineol in their terpene profiles. For the sativa-heavy strains, terpineol adds balance. And for the indica strains, it enhances relaxation and pain relief.

A Closing Look at Terpineol

Terpineol may not be the first, second, or even third most popular terpene, however, even in small concentrations, this monoterpene packs a mighty punch. And its presence in a strain should not be overlooked when considering the cultivation of new strains. Let’s take a closing look at terpineol:

Commercial cannabis horticulturists are becoming increasingly aware that the strains they cultivate have far more to offer than their THC content. Strategically leveraging the genetics of various strains when crossbreeding can allow for deliberate terpene concentrations aimed to treat specific ailments, conditions, and illnesses.

We may see the cannabis concentrate manufacturers begin to introduce terpenes, and not just for the enhanced aroma. Imagine a diversified product line of cannabis oils designed to treat specific conditions. Viral lung infections, insomnia, gastrointestinal complications, treating tumors – the possibilities are encouraging to say the least. 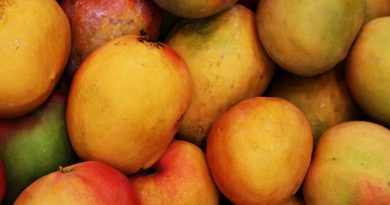 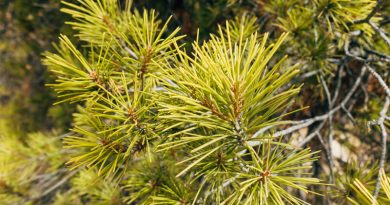 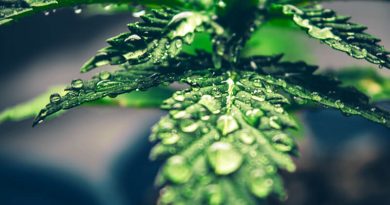