Terpenes are receiving increased attention from cannabis connoisseurs, and myrcene sits at the top of the list. This naturally occurring hydrocarbon makes up as little as 20% of a sativas terp profile. And it has been observed in concentrations of over 60% in strong indica strains. Myrcene is responsible for many of the medicinal applications cannabis has to offer and plays a significant role in the entourage effect.

Before uncovering what makes myrcene so important to a cannabis strain’s profile, here is a list of other terpenes we’ve explored in Terpene University:

And now let’s uncover why myrcene plays such a significant role in the world of cannabis.

This monoterpene is similar to limonene, pinene, and terpinene in that it has variations. It can be observed as the isomers alpha-myrcene and beta-myrcene. The latter being the most common terpene identified in cannabis plants. Although both variations are constructed of the same molecules, they are differentiated by the location of a carbon-carbon double bond. Like all terpenes, myrcene is a lightweight hydrocarbon that is very aromatic.

Myrcene shares a musky, earthy aroma often paired with hints of fruit and pepper fragrances. If that sounds like the profile for fine wine, you are not far off. It contributes to the aroma of hoppy beers and Mediterranean dishes. And it’s also used in a host of herbal remedies.

Where Can You Find Myrcene?

Whether or not you’re familiar with the name of this terpene, you are most certainly familiar with its earthy, herbal fragrance. Myrcene is a monoterpene found in the essential oils of many plants. And just as with many other terpenes, it is found in a wide range of botanical ingredients, herbs, and fruits including:

Thyme contains large amounts of myrcene, and its essential oils are commonly used to treat pain, anxiety, and inflammation. It’s no wonder ancient Egyptians frequently used this therapeutic herb in many of their recipes.

And the essential oils in hops contribute to its relaxing effects and the earthy, clover flavors associated with hoppy beers. Lemongrass is a primary ingredient in many Asian recipes including Thai curry pastes. And bay leaves not only add to the unique flavors of Mediterranean cuisine but their oils have also been used to treat migraines and improve gut health.

On Myrcene and Beer

In the brewing process, many of the terpenes that make up the essential oils in hops, including humulene and myrcene, either vaporize or are absorbed by the yeast. Brewers looking for a boost in clove and citrus aromas should introduce their hops towards the end of the fermentation stage. This preserves the hop’s natural oils, terpenes, and fragrances. As an added bonus, this makes the beer less bitter.

What Are the Benefits of Myrcene?

Myrcene is responsible for many of weed’s classic effects including “couch-lock” and that sedated, calm feeling. Beta-myrcene is well-documented to alleviate ailments such as pain, inflammation, and insomnia. Many of these effects are achieved when myrcene encourages the body’s endogenous opioid system to release endorphins. And recreationally, strains that are rich with this monoterpene are a great way to relax both the muscles and the mind.

Similar to other terpenes, the following are common characteristics of myrcene:

The research is still out, however, this terpene may also prove useful in the development of antimetastatic (anti-tumor) and diabetic treatments. Given its wide range of applications, myrcene is often synthesized by pyrolyzing beta-pinene obtained from turpentine. However, for cannabis users, myrcene is biosynthesized right there within the trichomes of their favorite strains.

If you’re looking for some quality strains that are perfect for pain relief and relaxation, we’ll list a few for your convenience. It’s important to keep in mind, one of the reasons cannabis smells like cannabis is due to overlapping terpene profiles. Each strain has a similar yet unique terpene profile containing various concentrations of these compounds.

For example, a strain like OG Kush has a terp profile containing caryophyllene, limonene, and myrcene. So if we take note of a strain containing one terpene, it’s probable the same strain will showcase itself for other terps as well.

That said, if you’re looking to process a distillate that’s great for its calming and analgesic effects, here are several myrcene-rich strains to consider:

If you’re looking to get your hands on some bud with trichomes packed with myrcene, the strains above are a great place to start. Knowing how your strain’s terpene profile compares to others can help you leverage its benefits to customers. And if you need to smoke a blunt from the plants of your competition, there are worse ways to conduct competitive research.

A Closer Look at Myrcene

Now that we’ve discussed myrcene in detail, here’s a quick snapshot of this useful and abundant terpene. Feel free to bookmark this page so you can easily reference the characteristics of myrcene when deciding which cannabis strains to leverage:

Understanding the benefits of myrcene and the role it plays in the entourage effect can lead to the cultivation of cannabis strains with new terpene profiles. And through continued research, these new breeds of cannabis could excel in the treatment of specific ailments. The future of custom treatment lies in our understanding of terpenes, and myrcene is the biggest player in many strains. 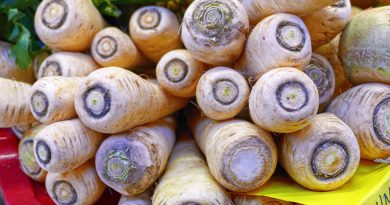 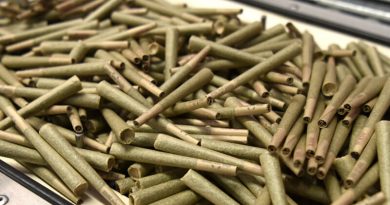 Getting Started With Cannabis Pre-Rolls 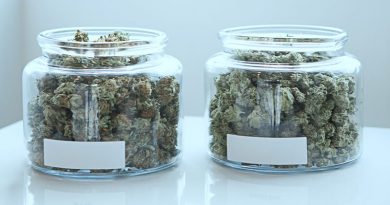