Retail cannabis sales are hyper-controlled in most US states and Canada. Visual inspection of flower material can yield some information. But many consumers rely on their sense of smell when choosing between cannabis strains. However, an issue arises after smelling just a few samples: you become nose blind to the subtle scent differences. So how can customers avoid nose blindness when sampling numerous cannabis strain samples?

Perfumers and candle merchants have long perpetuated a theory that the nasal palette can be “cleansed” between samples by simply inhaling coffee beans between each test.

Unfortunately, this is commonplace practice is controversial at best. Most studies seem to indicate that there is no benefit to sniffing coffee beans between samples.

A 2011 study by Grosofsky, et al. determined that “Fragrance sellers often provide coffee beans to their customers as a “nasal palate cleanser,” to reduce the effects of olfactory adaptation and habituation. To test this idea, college students smelled three fragrances multiple times, rating odors each time. After completing nine trials, participants sniffed coffee beans, lemon slices, or plain air. Participants then indicated which of four presented fragrances had not been previously smelled. Coffee beans did not yield better performance than lemon slices or air.”

The real issue here is that of nasal adaptation or habituation. It is sometimes referred to as “olfactory fatigue.” When presented with a continuous stimulus (in this case, a scent or smell), the receptors in the nose stop sending strong signals to the brain over time. This keeps the nervous system from becoming overstimulated and allows the brain to attend to those inputs that are new or different.

So if coffee beans are questionably effective, what can be done to help combat the effects of nose blindness? The simplest technique just involves taking time and introducing fresh air between exposures. Unfortunately, this might not be the best technique for dispensary patrons. But it can be effective. Simply take time between sampling of different scents and breathe fresh, clean air. This should help to avoid becoming desensitized to specific scents.

Another technique that has been suggested by perfumers is to smell your own unperfumed skin between exposures. Smelling the crook of your elbow allows you to smell your “baseline” scent from your skin. Thus, resetting your olfactory senses, in theory.

Regardless of what technique you may choose, it is important to understand the concept of olfactory fatigue or nose blindness as dispensary employees help to guide customers through the purchase process. Being aware of the effects and educating customers can help them have a more successful purchasing experience. 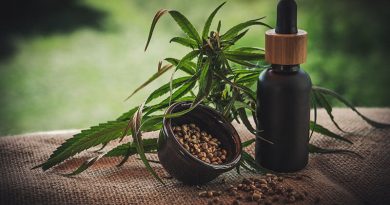 Everything You Need to Know About Decarboxylation and Cannabis