With all the chatter around THC and CBD, it can be difficult to take a step back and revel in the vast world we’ve stepped into through the earnest research of medicinal Cannabis.

THC and CBD are only two of many, many cannabinoids, and their applications stretch far beyond simply “getting high.” And many are now asking, “What is CBGA, and how can it benefit us?”

But where did it all begin? For the layman Cannabis user, they may not really care. However, for scientists and growers who want to maximize the benefits humans can glean from the cannabis plant, it’s critical to find the natural and chemical origins of these cannabinoids.

Cannabigerolic Acid – The Grandmother of Cannabinoids

If you’ve already done some research, you may know that many people refer to CBGA as the “Mother of THC.” However, if we’re being technical, the “mother” of THC is THCA – as you know, there’s a difference! One is very psychoactive, the other is not.

It’s not always easy to find CBGA in a psychoactive strain, as it is often already on it’s way to becoming THCA and CBDA as the cannabis plant matures.

THC and CBD are both popular cannabinoids due to their many medicinal characteristics. But where did they come from? We’re guessing you already know the answer to that question:

You cultivate or acquire cannabis that is rich in THCA and CBDA, and then decarboxylate them with heat.

When done correctly, you are left with THC and CBD, both capable of interacting with the endocannabinoid system. But where did the THCA and CBDA come from?

The answer lies inside the cannabis trichome in the early stages of the plant’s development.

What scientists have recently accomplished, the cannabis plant has been doing for thousands of years: synthesizing cannabinoids.

Scientists have been synthesizing molecules, compounds and medicine for a long time. However efficiently synthesizing cannabinoids is somewhat of a challenge, especially some of the more rare ones such as CBC.

The cannabis plant, however, has no trouble at all synthesizing cannabinoids. This process is called “biosynthesis.”

When biosynthesis occurs within a cannabis plants trichome, it introduces an enzyme that ultimately converts the primary cannabinoid, CBGA, into THCA or CBDA as the plant matures.

In an attempt to circumvent the cultivation of cannabis, scientists have been working hard to chemically synthesize THC. In an article published by PubMed, Lange, Schmid, and Julsing state,

Chemical synthesis of THC uses a laborious procedure and does not satisfy the market demand. The implementation of biocatalysts for specific synthesis steps might be beneficial for making natural product availability independent from the plant.

The scientific community recognizes the need for THC for medicinal practice.

And while we continue to see advancements in the synthesis of cannabinoids, we firmly believe that cultivating, processing and dispensing medical cannabis carries more health benefits than synthetic synthesis.

Natural cultivation can also be the most efficient method of growing and extracting cannabinoids.

Getting Back to Our Roots

Maybe we’ll learn how to efficiently synthesis cannabinoids, or maybe (and for the better) we’ll build a better relationship with our planet by learning to grow and nurture plants that provide us with natural healing solutions. As a partnership with Earth that’s great for everyone.

And as we take a step back – THC from THCA, and CBD from CBDA, let’s salute the cannabinoid that gets little credit from the masses, Cannabigerolic Acid (CBGA) – the grandmother of all cannabinoids. 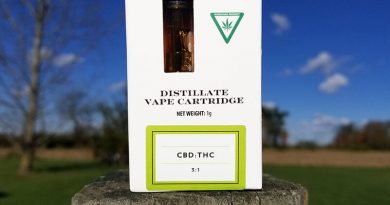 Why the THC to CBD Ratio Matters 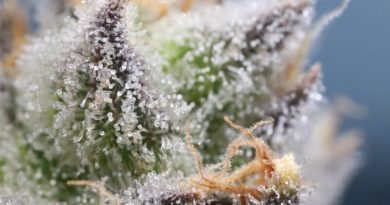